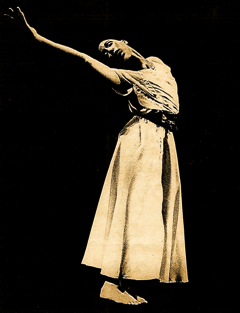 Any form of collaboration with another artist is an enriching experience. It was particularly joyful, working with Bob Hill, retired double bass player of the SABC orchestra. We did performances for functions, fundraisings and performances by invitation such as the one at UNISA. 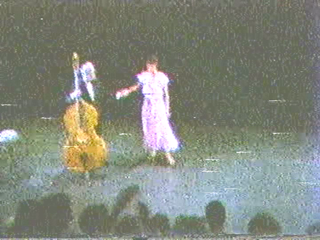 We explored many variations of dance and string, added rhythm and voice and often conversations, or even gibberish. It was always an entertaining event, and of course very different from work that I had done by myself till then - and thereafter, ever so often looking for a platform for catharsis.

The music and dance that Bob and I created had nothing to do with politics or emotional exploration of the body in movement. Freedom was a spin off, unadulterated spontaneity and lots of laughs.

Bob Hill was a proper old school musician with a flare for the adventurous.

Since the footage of our films together deteriorated, it began to form a source of inspiration for the construction of this archive once I began to explore the images and films.

Every now and then one listens to previously celebrated musicians on SA radio station. I have fondness on my heart for the name of Bob Hill that is often mentioned for his work with the SABC Philharmonic Orchestra.