I read a book called Die Kremetartekspedisie by Wilna Stockenström. It was a story about a slave woman at the beginning of imperialism’s spread over the world and her life as lived in and around the baobab tree at the end of her own subjection to slavery in Africa.

The title Intarsia refers to the delicate carvings into the headrest of the slave owner, an object he ostensibly promised the slave woman, should she be good. 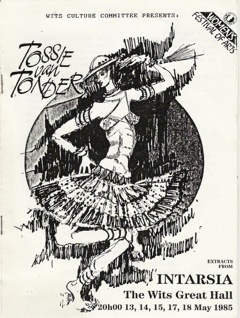 I typed out the extracts from the book that informed the different dances, all in all a program of substantial volume expecting people to read and buy that remarkable book.

The challenge was to get into the liberated - and then liberating - slave woman’s mind with her innocence, yet considerable life experience in bondage, albeit an acceptance that gave a particular meaning to her life, which ended in her baobab tree.

The enlightening manner in which Stockenström wrote about this woman, that left me with no sense of bondage, yet with an increasing sense of individuation, regulated the choreographic choices made during the rehearsals. With the help of Adrienne Grabman, Rose du Preez and Paul Roumanoff I felt supported and the work received added value through their involvement. Martin Voges was the man who created the lead container for the gourds to fit into, between which I spanned my string onto which I taught myself to count with beads, the liberation that was a scene accompanied by delight and exhilaration. Kevin Volans, who was the composer of music, was also the person who gave me the gourds as gift a while back. Luckily they became handy as props/devices to count from, as massive scrota filled with seeds and at times two, uneven, breasts.

The dances were all designed to elicit the growing character of the young woman - already a mother of children lost in the residues of the slave trade. The most valuable gift I attained from having done this performance was to sustain a level of innocence - as per choreography – while a natural sense of character forged its way through her body. The implication of this granted me a self-made reward that one could sustain a great force of character under extremely difficult circumstances. 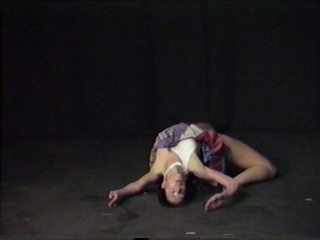 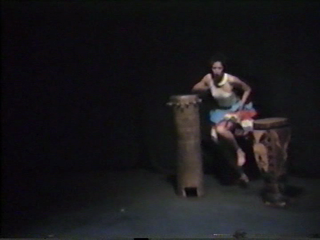 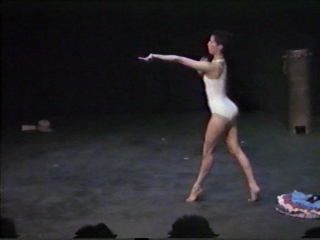