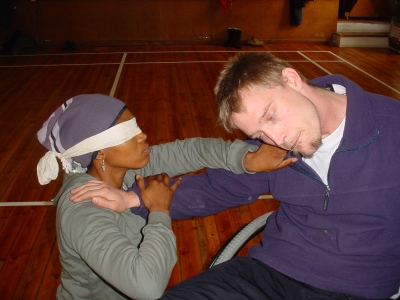 Bluebeard was a production I co-directed with Jaqueline Dommisse with the Remix Dance Theatre for abled and disabled bodied dancers.

The story of Bluebeard was chosen to comment on the spate of violence against women in South Africa.

Jaqueline and myself were committed to explore this theme with the company to the bone, so to speak. We engaged in a 6 month long workshop during which time we explored various themes within the story. It was an intense and fulfilling experience that culminated in a performance at the Lion Zoo just on the outskirts of UCT’s grounds. 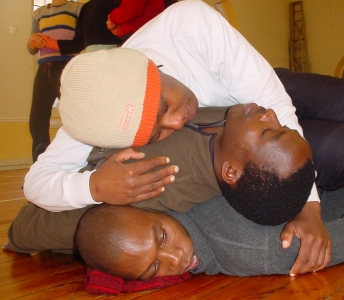 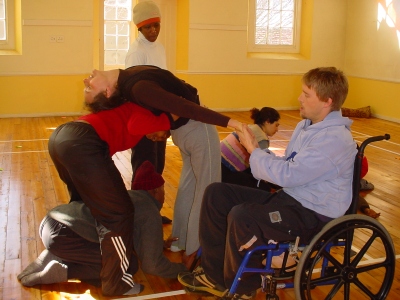 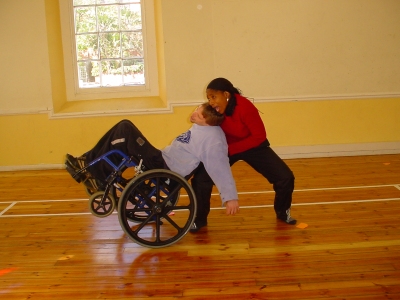 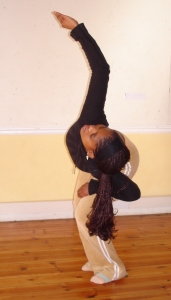 I have included all our rough notes over the time which gives an indication of how much we were drawn into the fibre of this theme of violence. As with any such theme, a company has to be prepared long before the time, building up resources and expanding the repertoire of the explorations to find themselves comfortable with any level of diving into the work.

This was a satisfying project that allowed for us to have had the time to truly explore ourselves and the significance of this exploration with able and disabled bodies. 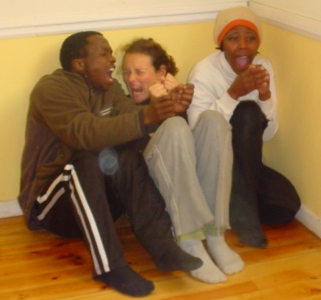 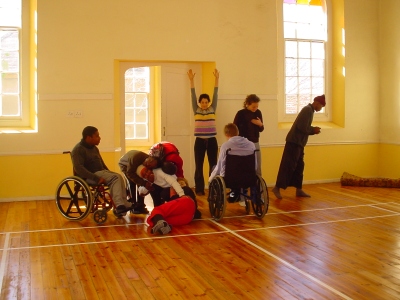 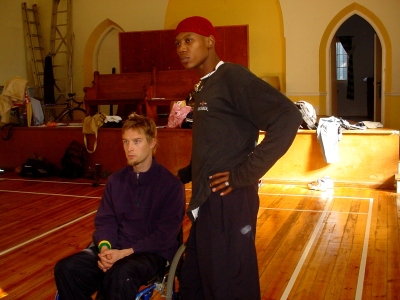 Theatre pick of the week

You'd be hard pressed to find a more dedicated performing arts company than Remix Dance. For their latest production, Bluebeard, after a six-month process of intense physical improvisation, the cast undergo gruelling preparations daily. Resisting popular commercial imperatives, Remix commendably pursues its artistic vision with integrity. Each inch of this path is a hard-fought battle, but challenge is the raison d'être of the company - Remix uses able-bodied and physically disabled dancers. Bluebeard is a gruelling work in difficult terrain for any dancer.

Largely based on the Grimm brothers' version - the most widely known of the ancient story of the villain Bluebeard (the name coined by Perrault) - directors Jaqueline Dommisse and Tossie van Tonder have succeeded in eliciting potent performances from their artists. As one dancer puts it, each sought "our own Bluebeard and our own key".

The production takes place at various sites around the old Lion's Den, an evocative space where - like Bluebeard's castle - living creatures were collected and confined. Sinister sound effects and music from James Webb contribute to what is an honest, brave and worthy exploration of - as Bruno Bettelheim interpreted Bluebeard - "the female must not inquire into the secrets of the male". This is powerful stuff in a society where sexual abuse, rape, murder and HIV/Aids are endemic.

Unfortunately, Bluebeard is an ambitious vision that falls short in a few key aspects. The directors are often painting fine details on too large a canvas. Insufficient thought and craft is applied to integrate the audience and the performance, if one, for example, compares it with another outdoor work in several stages - Brett Bailey's Orpheus. Again, the gruesome installation of Bluebeard's prison lacks sensitivity in how it manages the audience's interaction. In its desire for impact, Webb's often brilliant sound creations are as often overkill, and require more economic use. That said, as far as challenging, genuinely creative and bold new work is concerned, this is by far the most interesting theatre currently on in Cape Town. 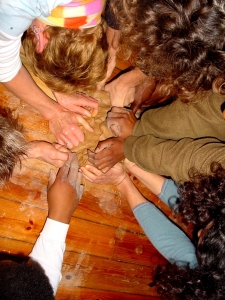 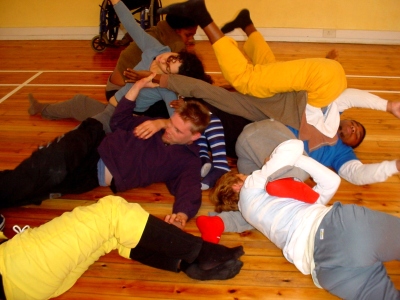 Into the lions' den for new dance show

Disabled and able-bodied dancers perform together in Bluebeard, a Remix Dance project production.

Remix Dance Project, the dance company in residence at the Centre for African Studies, is currently rehearsing for a new show, Bluebeard, which will run in an unusual location - in and around the old lions' cages in the Old Zoo at Rhodes Memorial.

Founded in 2000 by Nicola Visser and Malcolm Black, Remix is unique in that it brings together performers with disabilities and those without. It touts itself as "exploring dance that values the honesty of the body".

Bluebeard, directed by Jacqueline Dommisse, provides new challenges. "It provides us with a vehicle to work with intimate violence and the natural predator within ourselves," says Tossie van Tonder, the movement director of the latest work.

The company started research on Bluebeard in 2005. It was an intense process that was rigorously structured by the directors over six months: a total of 12 sessions of three hours each.

These sessions of movement and voice improvisation were structured on one level, along the narrative sequence of characters and symbols in the Bluebeard story and on a parallel level, mined internal archetypes inherent in the story that inhabit the psychological and emotional body.

"The sessions had an intense focus, which followed the narrative thread of the story, condensed around symbols that become portals to our selves," said one company dancer.

Bluebeard is especially relevant in South Africa, says Van Tonder, where violence towards women and children has become pandemic. The lead character, Bluebeard, he of the famous fairy tale about a violent nobleman and his over-curious wife, has been revamped as a post-colonial, flashy tyrant who pretends to be disabled and captures two women instead of one.

The toughest problem arose in the resolution of the performance, says Van Tonder. "It's not a celebration, and finding a balance between the hopelessness and the artistic responsibility not to be in denial of the truth, and not to let Bluebeard get away, was difficult.

"We needed to be true to some form of individuation for the survivor." 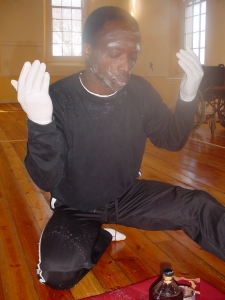 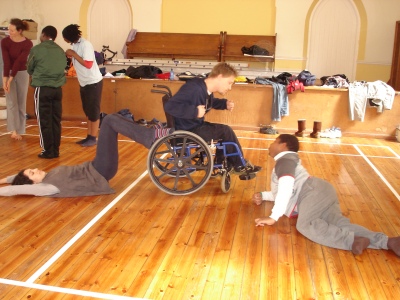 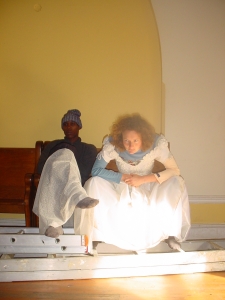