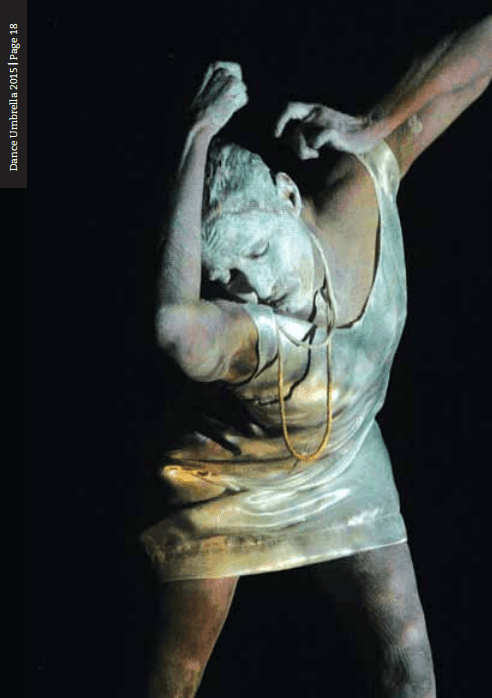 During the early 1980's the term Chthonia was used by South African dance writer, Adrienne Sichel, to describe the energy of a particular performance of mine. At that time I looked at the term, and not finding the meaning in the dictionary, I ignored the word outright.

Since then, the Tossie van Tonder aka Nobonke Dance Archive has been constructed from videos, images, posters, programs, notes and reviews over the years and is over a terabyte long, spanning from 1959 to this day.

It was only by revisiting the archive, after numerous vacillations as to whether I should preserve many of the VHS and Betamax tapes or put them through a process of composting (I was drawn to farming and recycling then) — and in the process indeed destroying many dysfunctional documentations of this archive — that I was drawn to that word, again. Chthonia is the name that was spontaneously given to the process of digitization undertaken by videographer and editor Joelle Chesselet during 2007/8. The digitization continued over years up to this moment. Partly due to Joelle's appreciation of the contents of the films (spontaneously using the word 'chthonic'), and partly because I was attracted to its cluster of consonants (a phenomenon I often conjure up in improvisation around the themes of darkness, with no space for the heavenly vowels), we gradually and inadvertently spoke of the — female — archive as Chthonia.

While I did burn costumes and scripts and notes and photographs, ceremonially, all as (often filmed) versions of performance, this new form — the archive — had the possibility of adding value to my memories as much as future performances.

In 2014, therefore, I submitted a comprehensive archive to Ar(t)chive, Wits School of Arts under the guidance of Adrienne Sichel and Jessica Denyschen.

As if there was a female archetype in the making of this archive, while Joelle was transposing, I was interested in the diverse manifestations of my autobiography in dance, especially where footage began to disintegrate. Mould grew on the tapes, some layers were glued to each other, and various forms of aging began to emerge after the digital versions appeared on the other side of the machinery. Strange how one is attracted to the original version of a life, up to a point, after which it deteriorates and offers a natural, surprisingly interesting, alarmingly deconstructed version of the first, and more than before, becomes increasingly fascinating to the creator of those products.

In the course of the past seven years of gathering and processing the contents of the archive, Chthonia, the performance began to emerge. As an elemental inspiration and celebration of South African dance it gathered movement, the word, the utterance, the story, ambient music, and archival film as much as the soul, spirit, matter, body and thought of the dancer.

This dance is not choreographed, and intentionally begins and continues from the inner recesses of the psyche. The focus is on tracking the immediate metamorphosis of psyche through movement. The discipline is allowing the psyche its free rein, with the body forming itself as context of shape, movement, heat, trembling, contortions and abandonment multiplying the version of psyche as in the body. This way the psyche is becoming the consciousness of the emerging image itself.

Catherine Meyburgh brings an advanced sensibility for a life story in dance through an exquisite extraction and construction of film and images. Jennifer Steyn, for whom the reality of the stage is also one of chthonic presence, brings an inquiring and zestful witnessing to the process—on—the—edge. Paul Abrams brings a profound appreciation of the human condition in extreme states with a highly refined technical skill at how to bring light to a dance of darkness.

My gratitude to Dance Umbrella Festival 2015 for commissioning this work and thus giving this evolution of a history, via an archive into a new performance, a space to exist. Funding of the archive was generously provided by the National Arts Council of South Africa. 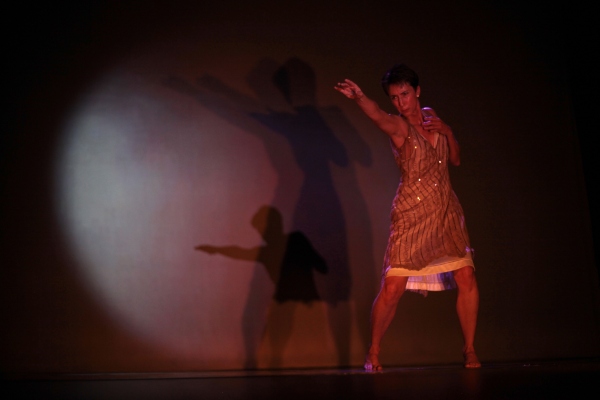 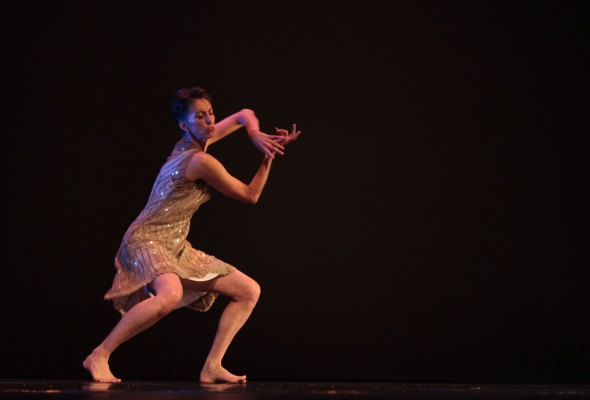 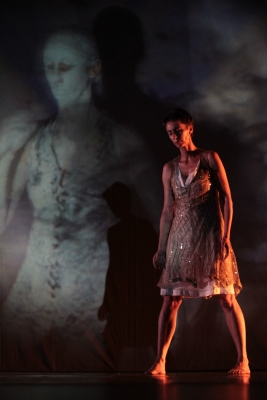 Tossie van Tonder aka Nobonke is a dancer for whom the act, image and embodiment of the dancing body is an evolving entity. She explores the human condition and specifically one within a higher frequency of global, environmental consciousness. It takes her work as performer into the territory of post-humanism where a radical perspective on the nature of existence forms a crucial part of her work. It asks: how far can we go to embrace the totality of what we have become, and can be? It answers this with an aspiration towards a deepening maturity of integrity, an expansion of the aesthetic of the body, often, severe constraints of movement and expulsion of dance as occurring without voice and other utterances.

Van Tonder has mainly been a solo performer with works spanning from 1981 to date. Her interest in the role of the witness of dance as creative agent of the making of dance, has led to the inclusion of onlookers as part of her performances. It also manifests in her ardent recording of her works under often precarious conditions. Her Dance Archive is now hosted by Ar(t)chive, Wits School of Arts and is funded by the National Arts Council of South Africa.

Her book My African Heart is available at this performance.

Jennifer Steyn has been a theatre practitioner for 30 years. Her work includes performance in theatre, film and television with exposure both nationally and internationally. Over the past 15 years she has shared her craft, teaching voice and performance within the frame of embracing the actors' identity, while activating technique. Her role as director is an emerging one, with a particular interest in the development of new texts. This has grown out of her work on the floor, as an actor. Her collaboration with Tossie van Tonder came into being in 2013 with a production called The Show. This was as a result of Jennifer wishing to create from the body as opposed to the word. This work has deepened her craft, providing fresh impulses for her as actor, teacher,director and citizen.

Catherine Meyburgh is a film maker and multi projection designer. She has edited and collaborated with William Kentridge on the multi video projections of The Refusal of Time (dOKUMENTA 2012), The Magic Flute (Brussels, New York, Paris, Festival d'Aix en Provence and La Scala, Milan). Her work with William Kentridge started in the late 90's and has included the editing and projections for the theatre and opera works: Il Ritorno di Ulisse, Ubu and the Truth Commission, Zeno at 4am and Shostokovitch's The Nose (The Met 2010) and is currently working on Alban Berg's Lulu opening in Amsterdam in June 2015. She has also collaborated with composer Philip Miller and artist Gerhard Marx on REwind: A Cantata for Voice, Tape and Testimony (Venice Biennale 2013). Her work for artist Georgia Papageorge Africa Rifting is part of the 9/11 memorial in New York.

Paul has worked in the theatre as a designer and educator since 1984. He has travelled internationally with South African productions. Paul left fulltime theatre in 1994 and now works as a facilitator/designer of leadership interventions, an executive coach and lighting designer.

Most recently he has designed the lighting for Sadako and My Name is Rachel Corrie (Hearts & Eyes Theatre Collective) and Mies Julie (Baxter Theatre Productions) for which he won the Fleur du Cap Award for Best Lighting Design 2013; My Name is Rachel Corrie (Grahamstown Festival and Baxter Theatre). Paul was nominated for the 2014 Fleur du Cap Lighting Design Award for Sadako. 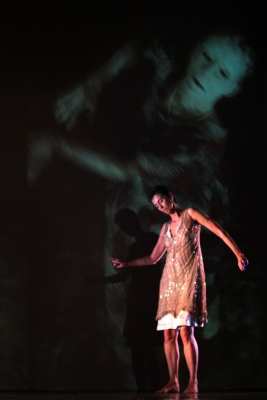 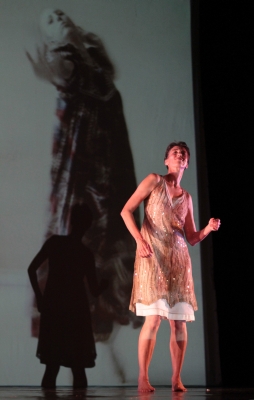